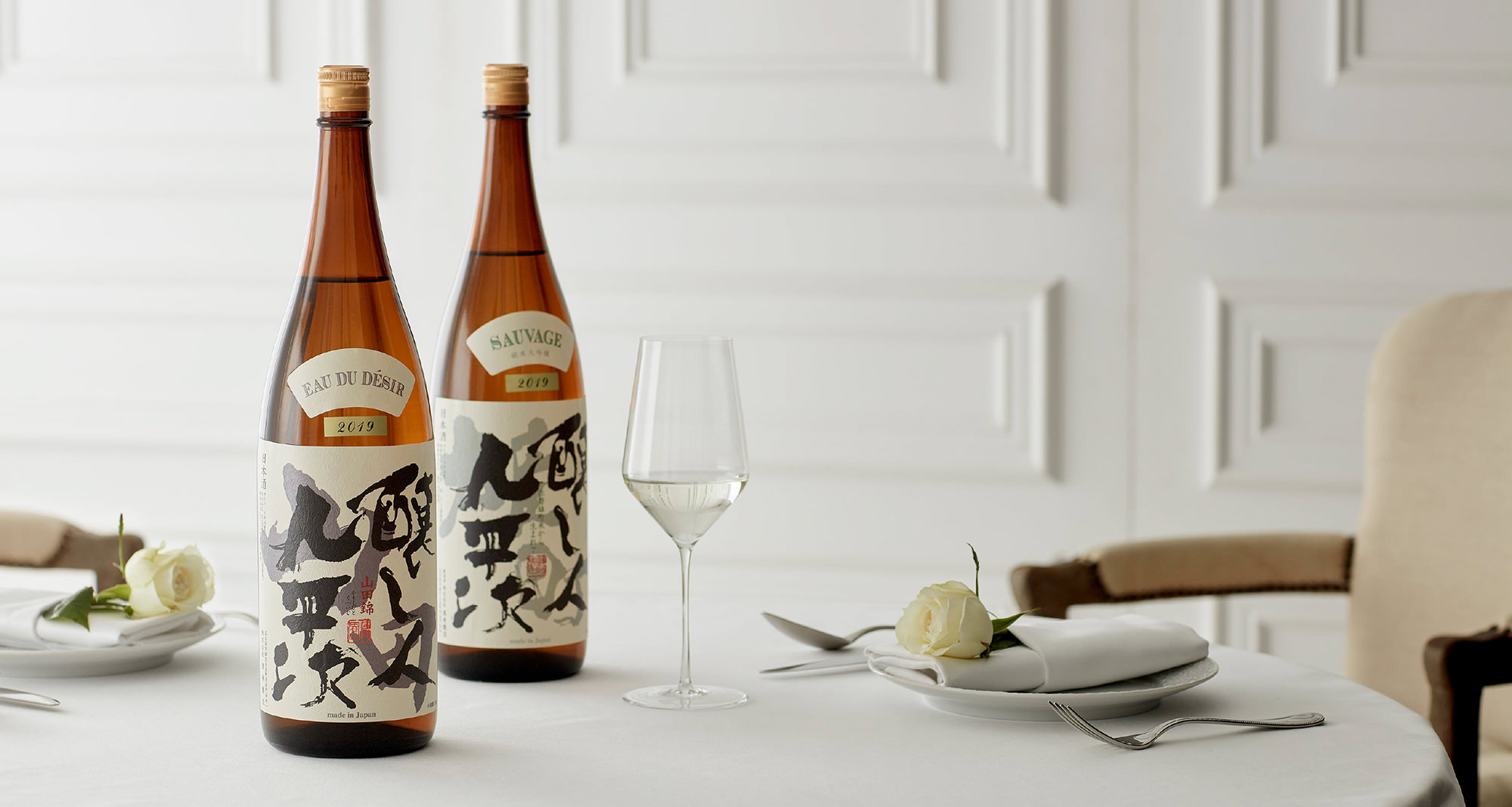 Welcome to the Wonder of All Five Tastes.

Our desire is for everyone to enjoy the five tastes through full-bodied Japanese sake.
The balance of those three-dimensional flavors changes with each crop of rice.
And with so many different varieties, there are endless possibilities when it comes to aroma and flavor. For this line of products, our goal is to let you sample each one's unique personality.
The rice polish level and the fermentation process for these two items is identical. The only difference is the rice used, Yamada Nishiki versus Omachi. 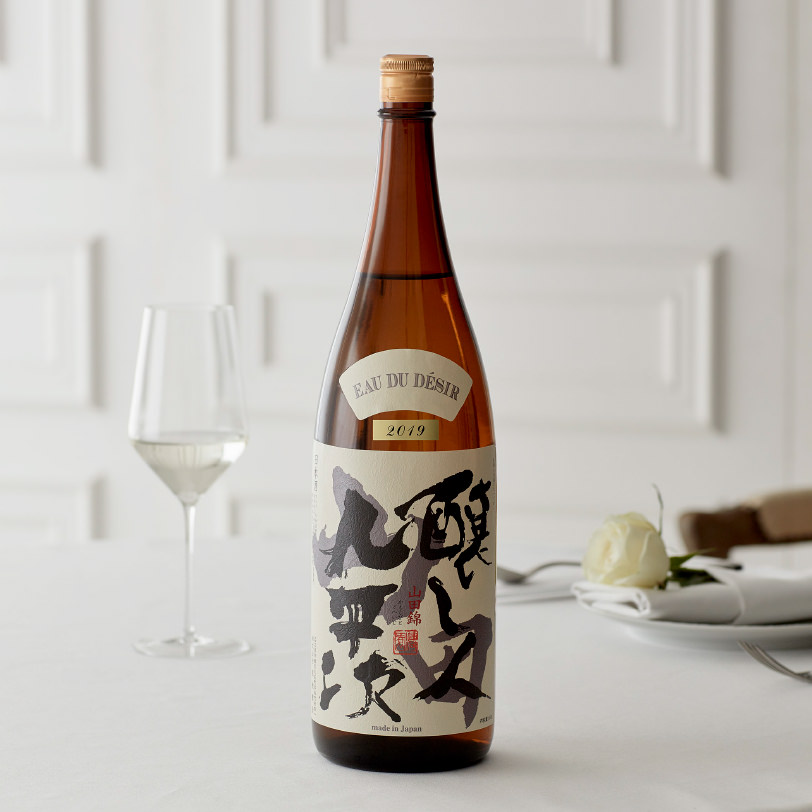 This sake is the first to be created according to the new style of the house and was launched 20 years ago. The challenge was to make an elegant and harmonious sake while bringing the faithful expression of the rice variety used in the glass. To do this, brewing techniques have been developed so as not to distort the primary aromas and make the origin of this sake readable by all. It is possible to appreciate this explosion of flavors so characteristic of the saké junmai Daiginjo of Yamadanishiki without great knowledge.

Such a marked highlighting of rice cannot be achieved without being accompanied by all the other flavors. Because this rice is less polished and involved in fermentations at higher temperatures than average, it brings with it sweetness, umami, acidity, astringency and bitterness.
A beautiful expression of what we call Go Mi, the five flavors in Japanese.

Yamadanishiki is one of the oldest varieties whose genetic heritage has remained unchanged for 80 years. Its six-month long growing cycle gives it time to soak up the sun during maturation, which ends around mid-October. 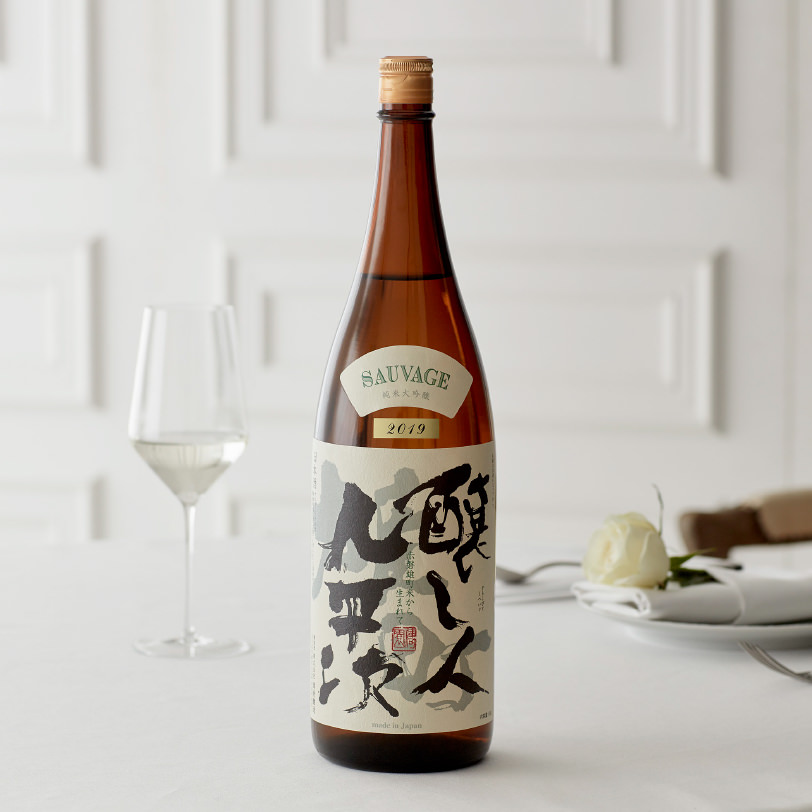 Crop / Omachi Rice Polish 50%
720ml 1.8L
An emblematic cuvee honoring the rice used, it is worked according to the same principles as Eau du Désir using a higher-temperature fermentation which allows the extraction of primary aromas.
In these conditions the Omachi reveals all its power, its ample and fatty profile. The aromas of mushrooms derived from the powerful koji, give way to undergrowth and ripe fruit at the end. With less tension than Yamadanishiki, it surprises by its volume, which comes to invade each area of the palate. A gorgeous sake but which discreetly uses the codes of Junmai Daiginjo.
Omachi is the oldest sake rice, discovered over 100 years ago and was named Ni Hon Kusa by the discerning stroller who discovered it. Indeed the latter noticed the particular aspect of this wild rice, longer than the average, and brought back two stalks.
Its characteristic size, making it susceptible to lodging, has led to it being described as the man who stands in the rice fields, and following bad weather, the man bent over during his labor.
Other Categories